The Military Memorial Memorial Foundation was established in the year 2000 with the aim of realizing a monument as a reminder of the war events in the years 1940-1945 and the hundreds of soldiers of many nationalities who were involved in the area between Noordervaart, Neers canal, the Maas and the Wessem-Nederweert canal have perished. Since all military victims are commemorated here (Allies and German and Austrian victims), it is therefore rightly a Monument of Tolerance.

The Monument of Tolerance is a reminder of the struggle that took place in and above the Leudal area, where hundreds of young people lost their lives in the service of their homeland and far from home. It is a lasting reminder of the horror of the war years 1940-1945 and placed in the heart of the Leudal area where it was unveiled on 8 March 2001 in the presence of many dignitaries and many veterans.

In addition to the objectives mentioned above, the Military Memorial Memorial Foundation is also engaged in historical research with the aim of completing the list of fallen soldiers.

In 2010, the Committee published the book "Verdraagj Uch, from punch to outstretched hand". This richly illustrated book about the Second World War and about young veterans from the region was offered for free to primary and secondary schools in the region. There was also a lot of interest among the residents and the book was sold out within a short time. A second edition followed in 2013

In 2014, the Committee published the “Crashsites Leudal” cycle route, a free guide with cycle routes along places where airplanes landed in Leudal during the Second World War (in which victims were killed). All these places were provided with an information board. In 2014, the Committee was transferred to a Foundation, again with the name Stichting Herdenkingsmonument Militairen.

Since the current municipality of Leudal consists of the cores: Baexem, Buggenum, Ell, Grathem, Haelen, Haler, Heibloem, Heythuysen, Horn, Hunsel, Ittervoort, Kelpen-Oler, Neer, Neeritter, Nunhem and Roggel, the Foundation decided in the database of this website, to include all names of the soldiers who fell in the current municipality of Leudal as well as the former Leudal area (see paragraph 1). The number of casualties has therefore risen to well over 700. 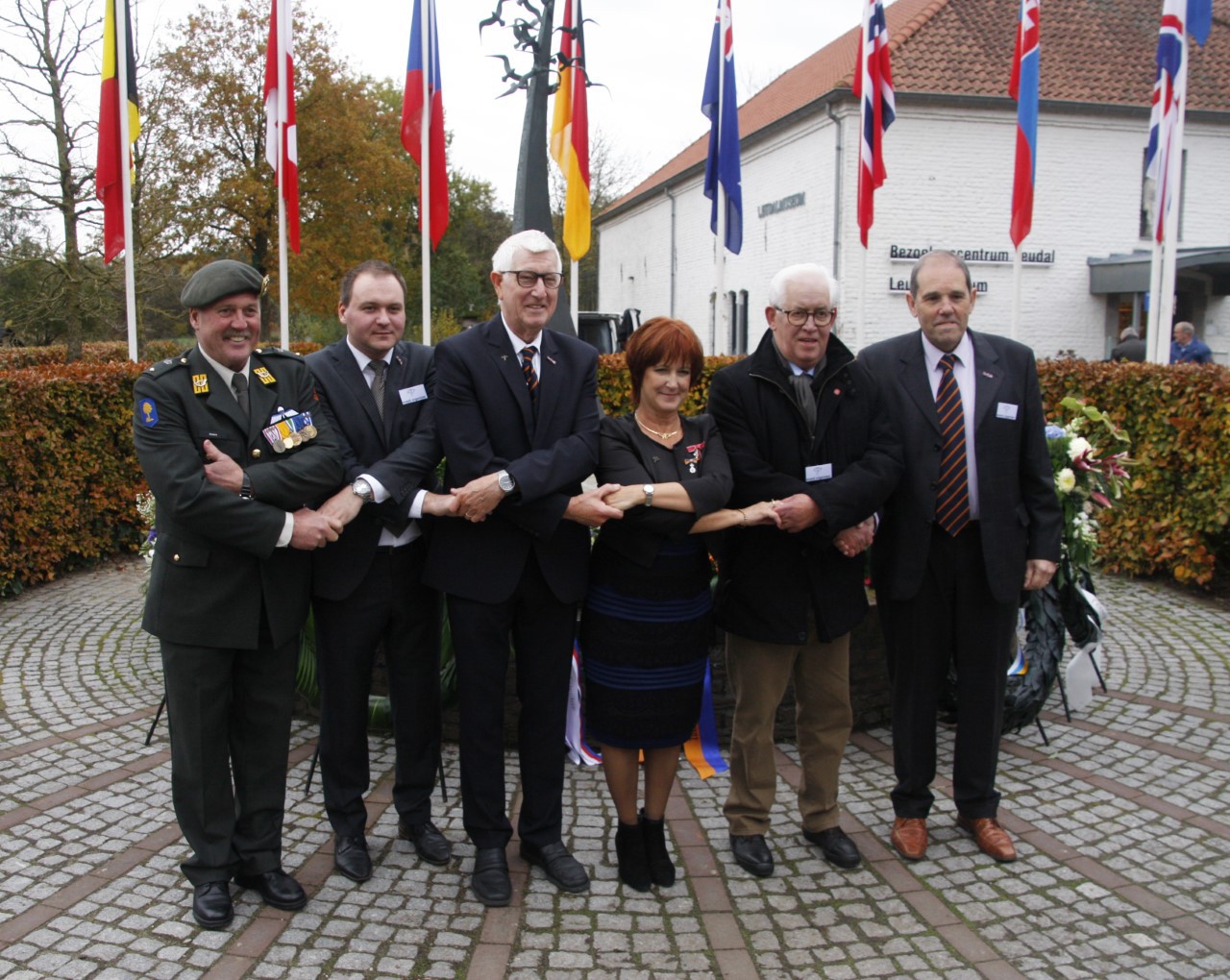 The board of our Foundation consists of the following people: