Thursday November 18th 2021 the annual international commemoration service at the Monument of Tolerance in Haelen will be held for the 21st time. This annual service takes place on the Thursday closest to the liberation day of the Leudal (November 16th). It is now 77 years ago the Leudal was liberated.

Since the erecting of the unique Monument of Tolerance in March 2001 the ceremony has been organized by the Stichting Herdenkingsmonument Militairen. This Foundation wants to create awareness among the present and future generations that tolerance is an absolute necessity to prevent the horrors of war and at the same time the foundation wants to investigate in detail the history of the second World War in the area of Midden-Limburg and in particular the backgrounds of the casualties.

In the course of the years this unique commemorative service has become a great international event and one of the biggest commemorations in the Netherlands. Last year, because of the corona pandemic the commemoration had to take place without veterans, dignitaries and public. This year, taking into account the then applying rules around corona including a corona check for invitees, the ceremony will take place in the usual manner and dignitaries and a few elderly veterans will once more be present. This year some ambassadors will be present too, including the Austrian ambassador, mrs. Astrid Harz. She will make a speech during the ceremony.

The monument was unveiled in memory of the more than 670 military from 11 countries, including Germany and Austria, who lost their lives during the second World War in de area west of the river Meuse in the middle of Limburg. Historic research now shows that scores of military more lost their lives in this area than originally was thought. At this moment in time more than 800 dead have been accounted for and the research is still on-going. The Foundation Herdenkingsmonument militairen

has made a data base on its website where the fallen get a face and last year the foundation already succeeded in finding 211 photos through thorough investigation in the Netherlands and abroad. These photos, printed on metal signs, will be placed in the surroundings of the monument during the commemoration, so the deceased will get a face on the day of the service too.

Now the veterans of the second World War have all passed away with the exception of a few, we as organizing Foundation want to build a bridge to the future by involving young veterans in the commemorative services. After all, the motto of the Monument of Tolerance relates to all wars.

The memorial service takes place at the Roggelseweg 58 in Haelen next to the Leudal Museum and the Elisabethshof restaurant (situated along the road between Haelen and Roggel) and will start at 14.00 hours. Obviously the way in which this commemoration is organized depends on possible extra corona measures. 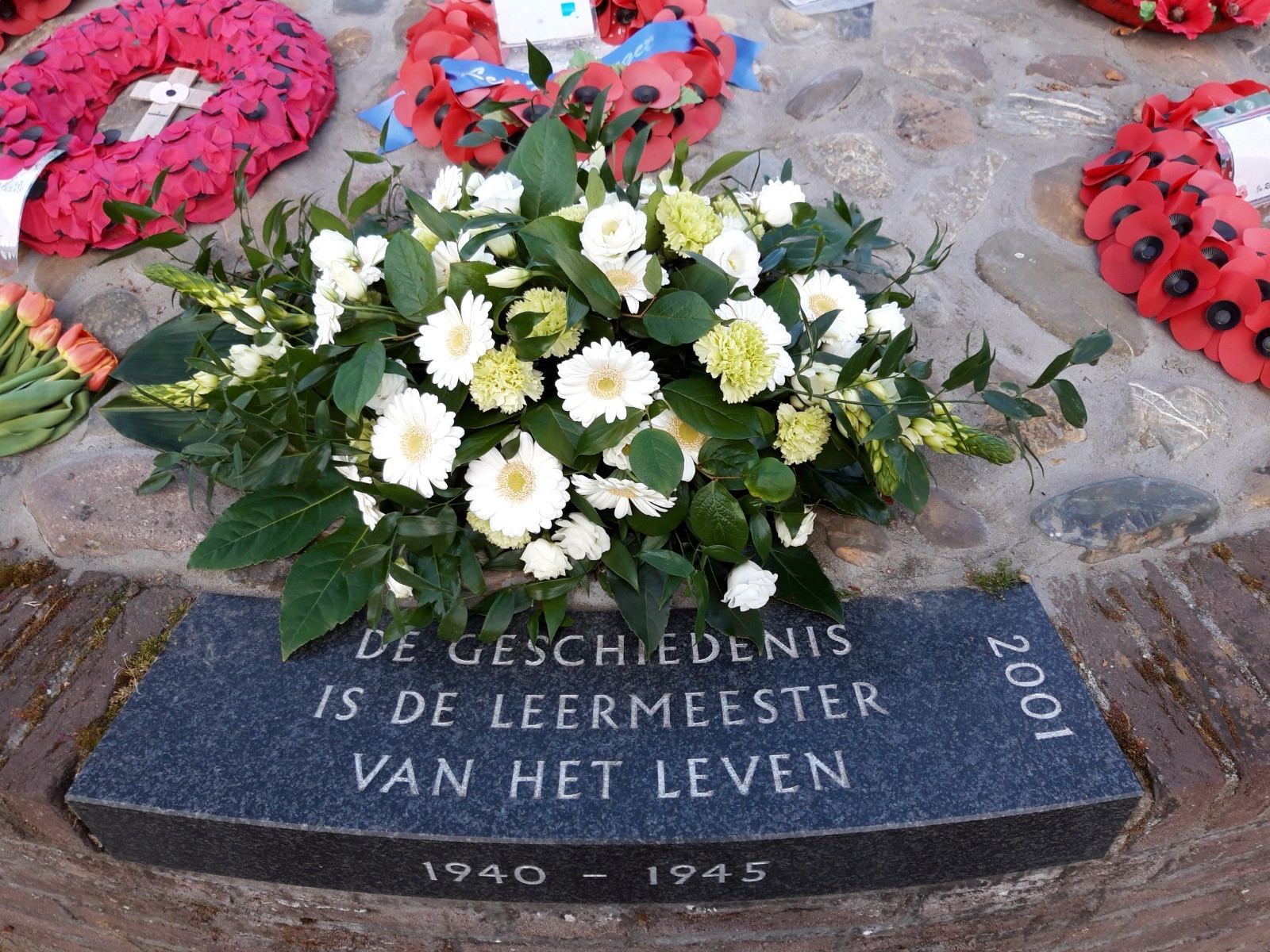